Turns out, London doesn’t know how to celebrate a good holiday.

I love Octoberfest. Coming from a large German-American community in the States, we always to a bad-ass ‘fest. It was always a joy to go to, even as a kid (get me a piece of fried dough cover in sugar and jobs a good ‘un).

This year, my boyfriend and I made a point to head to London’s Octoberfest in Kennington Park. We thought it was a brilliant idea: beer, German music and (hopefully) tasting fucking German food.

To put it lightly we were mortified how terrible it was. Beyond disappointing. There was a lack of food and only one (ONE!?) beer stand. There was no band on at the time, unfortinately.  As we were heading home from our pub, though, we could hear a terrible rendition of “Sweet Caroline” blasting from the park.

I don’t get it. There were plenty of people heading there looking really ready to have a good time. The tent was beautiful but one of the singularly most disappointing ventures I’ve had in London. 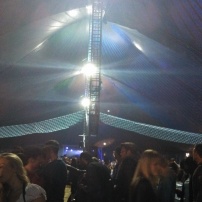 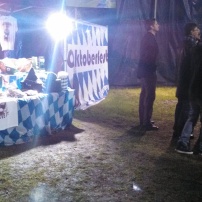 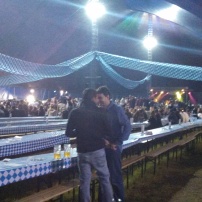