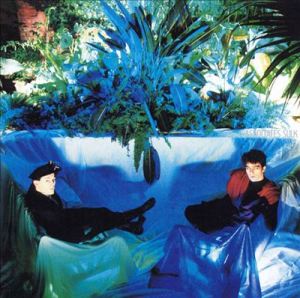 Associates’ 1982 album Sulk takes off like a train in the night: it hurtles through darkness with bits of city lights tucked between. The first time Billy MacKenzie’s voice wavers through the wall of sound, the listener has only just arrived at the second track “No.” The train has pulled into a stop a completely dreamy world of it’s own.

At the intro of “Bap De La Bap” any feeling of 80’s dreams turns into a much heavier sound. MacKenzie’s pipes are clearly diverse as well as talented. The following track “Gloomy Sunday” proves the diversity also lies in the music. From synth, to early sounds of industrial rock, the next bend includes more of a funky bass line. Although, with the wailing of “gloomy Sunday” at the chorus, it would have to be a rather sad goth-disco.

In between there are moments where darkness sets in. Everyone’s best Bowie impersonations are tried at “Skipping” and it actually works. The album dips for the moment in promise of something to come.

“Party Fears Two” hits at just the right moment late in the album. The baroque trills from co-founder Alan Rankine’s keyboards  feels like a flute of champagne:  bubbly, light and makes your soul feel a bit drunk. When MacKenzie screams “Awake me” it really feels like a release.

“Club Country” is the perfect track to continue with. It’s like being back at the sad goth disco. Really, it feels like things are spinning out of control on the album. Not in a bad way. At all. Instead that loss of control feels liberating. “nothinginsomethingparticular” is a peculiar way to close the album like the disco isn’t really ready to be over. But it ends as it began. Instrumentals bookend the album – almost signifying the beginning and end of a journey.

Over thirty years on and Sulk  still sounds relevant. Maybe that’s because those train journeys at night are often lonely. Sulk feels both manic and sad, yet strangely good. At the end of it all, it’s kind of uncertain where the music has taken off to, but standing at the end of Side B, it was worth the fare.

(I reviewed the UK original release here without the additional tracks from the 2000 reissue. The US tracklisting was much different and included songs from the Fourth Drawer Down compilation. When in Rome.)