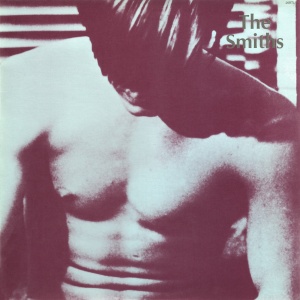 I must have been six or seven the first time I heard The Smiths. I hated them. ‘How Soon as Now’ was on a soundtrack disc that my older sister had. It was dark and dreary and my young self couldn’t handle it. Darkness was not a friend.

Less than a decade later, I was a sad, melancholy teenager. Everything was different. Darkness was more than an acquaintance that I was becoming familiar with. It seems to be by luck that I revisited The Smiths.

When you’re 15, you take all the wrong things very seriously.

Many parts of this album served as an awakening. Find the corners of yourself that you didn’t know existed. I began asking myself, “Am I still ill?” What the hell did that even mean to teenage me? I learned who Myra Hindley and Ian Brady were and was introduced to a whole new decade of British history.

But really, The Smiths were the first band I really, truly obsessed over. ‘The Smiths’ changed the way music could be. It was complex, thoughtful, but spewing emotional misery unlike anything ever heard before. And those first two singles: that first crash of “Hand in Glove” and that first  of jangling guitar in “This Charming Man” both still strike a feeling that still hasn’t soften over the years.

‘The Smiths’ is 30-years-old on Friday. Within those three decades, the album is still as prolific as ever – even though some of us grow up and grow out of our disciple robes. Morrissey’s words still speaks to those lost and lonely kind – where ever they are.

Long live The Smiths. May this fucking album live on always.