Another month, another Horror Block. After April’s box, my expectations were very high. I loved the variety of things and how high quality all the items were. Did that happen this month. Er… no. But considering I cancelled all my other sub boxes, I’m still happy I stuck with this one. May seemed to be a pretty weak month across the board. But onwards and upwards. Here are the treats in this months Horror Block:

Horror magazines from Canada and the States are expensive. Buy them as imports and your wallet will weep as you hand over the cash. So every month I receive Rue Morgue in Horror Block, I feel like the value is well earned. Unfortunately the new Human Centipede movie is on the cover, which makes me want to throw up just thinking about it. Also included from the magazine is their book of Weird Stats and Morbid Facts. I am not 12, so I’m really not into fact books, but this will make a great gift to give to someone… Right? 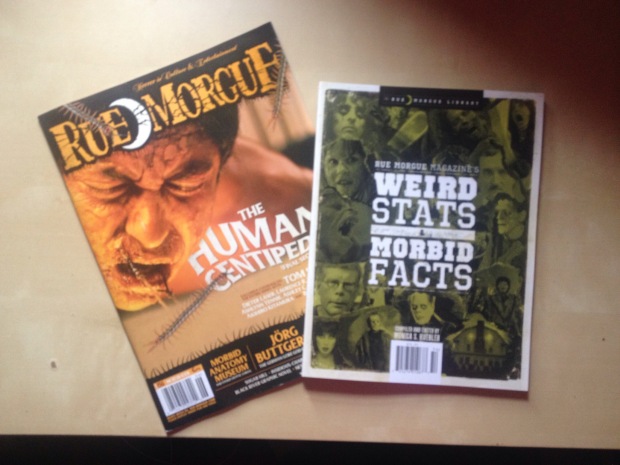 As I’ve mentioned a few times here, I love Funko Pops. I love their big heads on their silly little bodies. 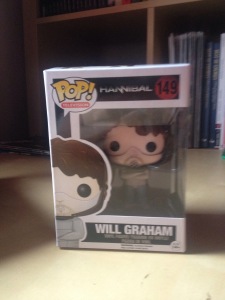 Getting one in this month’s box was very satisfying. This probably pleased many people as the amount of collectors for these figures just keeps growing .

The only problem here being I haven’t actually watched Hannibal. Clearly this was sent as a sign to get my ass in gear before season 3 premiers on Thursday (I should really get on that). Anyway, this was one of four you could receive this month. I might have only seen three episodes, but I approve because this guy is just really cool.

This is probably the most genuinely cool thing included in this month’s box. If there is one thing about the horror community, it is that people are constantly promoting each other. In a world of utterly shite horror films from major studios, the indie scene is where horror has been flourishing best in recent years (it could be argued that this is there horror has always been at it’s best, on second thought).

Horror Block received entries from filmmakers around the world. Here they compiled their favourites. This will definitely be something worth checking out. Hopefully the filmmakers or Horror Block will have these films available to watch elsewhere online for non-subscribers. This is also a feat that is in association with Rue Morgue. 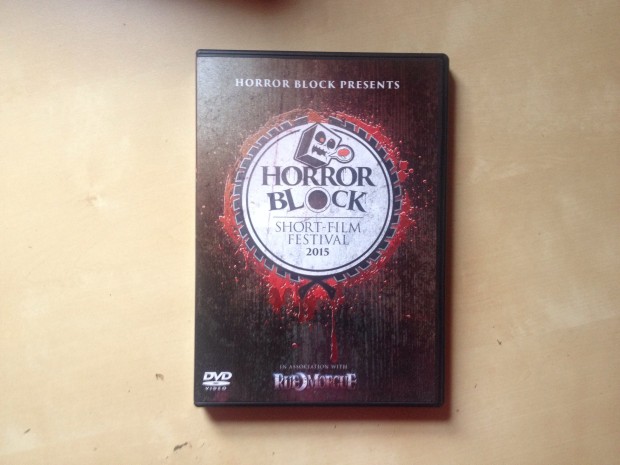 Another shirt in this month’s block from ShirtPunch.com and another thing I have no use for. I never played nor cared about Silent Hill. But of course this time I got it I’m the correct size unlike last month’s Evil Dead shirt that I actually wanted. Just really teaching me a lesson here, aren’t you Horror Block?

5. Creature from the Black Lagoon print

I love this movie. The creature design in Creature from the Black Lagoon is one of my all time favourites. Here is a exclusive collectable print – made in Canada! It has everyone’s favourite Gill-man haunting the murky waters. Pretty cool looking art. While the print is pretty cool, I probably won’t be hanging it up in our flat (I am still awaiting the day my Gizmo Walking Dead print makes it onto the wall). It is quite small, but at least it is nice looking. Definitely worth holding on to.