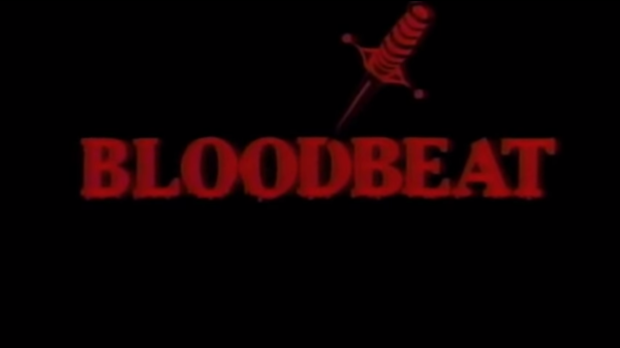 How did we get here?

When I first decided to do Wicked Wisconsin Wednesdays, I thought this would last a month. Lord knows how I’ve managed to find this many films to write about. But something has become very apparent here: everything has gotten a whole lot less fun lately. What I needed was to go back to the roots of WWW. Find something fun to write about like The Giant Spider Invasion or Blood Hook (which compared to some of the other movies I’ve watched is a damn masterpiece).

But it’s gotten pretty difficult to find movies. That is, until I found the motherload in a book called Regional Horror Films 1958 – 1990. This baby, written by Brian Albright, compiles many a number of movies based throughout the States. It’s just about the coolest book. Very much recommended if you’re into the idea of torturing yourself with a State-by-State marathon of strange horror movies.

I wanted strange and by god did I get strange this week with the 1983 slasher Bloodbeat. The movie follows a group of deer hunters off in the woods of rural Wisconsin. BUT THERE IS A SAMURAI GHOST!

Never did I know how much I wanted to write that summary until just then. Feels so good for everything to be so bad again. The quick jump cuts, the ‘stoic’ acting, THE SAMURAI GHOST. This is what I had been waiting for.

All-around Midwestern dude Gary has come back from deer hunting in the woods. He’s brought the animal home to gut when the son and daughter of his special lady (named Cathy) return home for Christmas. The son, Ted, brings home his girlfriend Sarah to introduce to the parents. She’s clearly not thrilled by the greeting of a hollowed out deer carcass. And what seems like only a mere 10 minutes in to their visit, Sarah and Mama Cathy don’t hit it off well. The stressed girlfriend sights things like “she knows everything that goes on inside my head,” which is pretty powerful for a first impression.

The gang all head out to bow hunt again (I guess nothing says Merry Christmas like killing together). But of course Sarah ruins the fun for everyone by shouting at the deer and running away. She finds a man that has seemingly been gored to death, but no one can place him. When Sarah is in bed, Cathy finally admits that she doesn’t like Sarah because she’s seen her somewhere before. Sarah, refusing to be out-shined in the crazy-for-no-particular-reason category, claims that she found a samurai sword in her bed and begins having visions that coincide with the picking off of several random locals.

There are plenty of scenes that follow that pretty much lead to dead-end plot points. Mostly there are just bits between killings in which Sarah goes a bit mad. The spirit then enters the abode of our protagonists. It begins to take over the house and make windows move up and down (how dare they waste heat in the winter!). Cathy takes control of the situation by making orbs of light form around her hands. I suppose she gets to do this because she says ominous things that are vaguely supernatural and she paints like a new-ager. But Cathy is light of the details even after her son says, “We’re going to DIE if you don’t tell us!” I feel like that’s just a bit dramatic, but okay.

Admittedly, there’s just a lot of sea-sounds and dark night shots for quite a while after the incident. This was probably meant to build tension but it mostly induces mild motion sickness. This is, of course, the director’s way of getting more boob-action into the movie. But just when the movie starts to lose momentum – it happens. 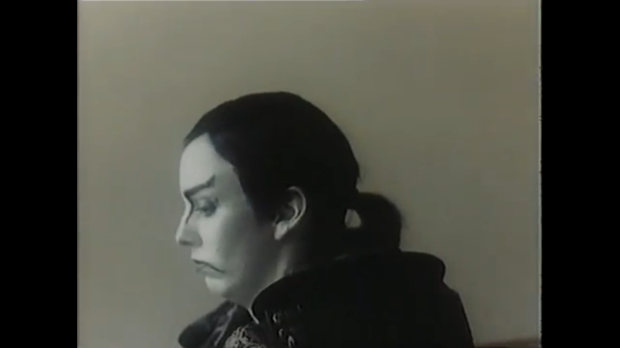 God I have no clue what this convoluted ending is supposed to mean, but it is GLORIOUS. The entire movie has the strangest soundtrack, but when the climax hits with “Fortuna Imperatix Mundi” it’s just too much. There is supposed to be something about WWII and bombs involved, I think? If anyone figures this out, please feel free to email me with your hypothesis.

Nothing is explained here. There are mystical powers abound and telekinetic links abound. It’s all plenty weird. It’s pretty fun to watch to boot, so why not?

Using this weekend to participate in #perusereadathon Finally getting to books I’ve put off for too long!