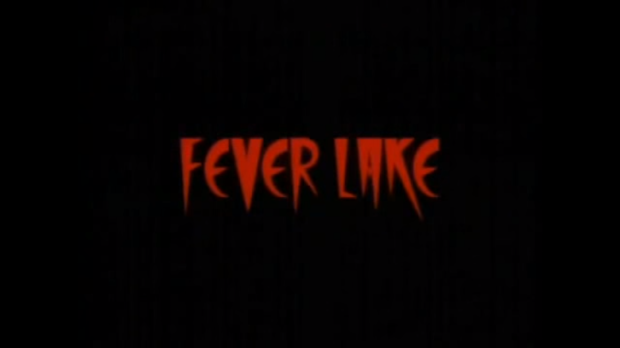 I’ve been back and forth about covering Fever Lake for a while now. When I started WWW, I had made the decision to strictly cover movies set in Wisconsin, and not just necessarily what was filmed there. But obviously this is something that has fallen by the wayside with movies like The Pit. All of this 1996 film was shot in Kenosha and Twin Lakes, just a hop, skip and a jump away from the Wisconsin-Illinois border. So I guess this baby is as good as any, even if I’m not entirely sure where it’s supposed to be set.

But Corey Haim is in this AND Mario Lopez. So really.

Fever Lake begins much like those “we’ll fake you out with a fake horror movie in the beginning” movies. A woman hides her son up in the attic before she gets the chop by her ax-wielding husband. But obviously the kid doesn’t care because he’s instantly spotted by his father who says to him, “We have the curse boy! Can’t escape it!” Then they share their feelings with some green glowing eyes. This was the big where I was expecting it to cut away to a bunch of kids riffing the movie in the cinema, but no luck. This is the tone of the movie I’m stuck with.

Probably at some time in the future, Corey Haim is running track. He’s approached by a girl who is there to provide exposition. They and a group of friends are meeting up after school for their camping trip. Then this rather dull conversation is followed up by a good 30 seconds of Mario Lopez and Haim just walking in the halls and literally nothing else. Apparently the directors thought it was more important that the viewers knew that our boys were going to lunch. And that is thus much more important than establishing anything else about the relationship between the two kids.

The dialogue is so bland and snooze-inducing I wish I was anywhere but watching this movie and the movie has barely clocked 10 minutes. We get to learn exciting things about our characters like what activities they like to do. Even when I tarantula shows up on their friend’s shoulder, I’m barely interested.

Anyway, the six kids start heading up to the lake for their trip. Meanwhile, Sheriff Bo Hopkins and white-man-playing-not-white-character “Clear Springs” have a discussion about the evil coming to the lake. Clear Springs tells the sheriff that he’s seen a vision about evil returning to the village. Get it, because he’s supposed to be Native American?

The waitress from the cafe meets the girls after her shift and fills in the backstory of the house: “A few years ago, when I was like 2 or something” apparently the murder happened, which is super weird considering everything in the opening scene looked like it was set in the 50s. But in case you missed it the first five times: the locals don’t go on that side of the lake because evil.

While the kids sleep, things start to get a little possessed. Harbinger of doom at random fishing shop fills in more backstory. Apparently the killings happened at least twice, which I guess explains the weird flashback bit at the beginning. After this bit, I’m pretty certain I did fall asleep because a good few minutes are completely gone to my mind. I don’t know, but considering how lame this movie is, I’m sure we can all guess. One of the girl’s computer starts writing her story for her? Oooh spooky. Way to be helpful, evil spirit.

Oh and the waitress gets killed by a wolf, which is another stupid subplot that takes up a good part of the last half of the film.

When the lights go out at the lake house, the group reluctantly decide to play hide-and-seek. This ends up being the opportune time to make out, I guess. Poor possessed-computer girl obviously doesn’t know how to play the game because she spends most of her “seeking” time trying on dead people’s jewellery and just being creepy. But at least people finally start dying, but we don’t get to see ANY OF IT. Well, I guess we see something but it’s so lame you’d see more terrifying images in a McDonald’s ad.

There was not much redeemable about Fever Lake. It was every cliche you could want thrown in with some cringe-worthy dialogue, poor acting, just a bit racist and includes some really atrocious music. Really. But the biggest sin this movie commits? Being absolutely fucking boring.

So this begs one question: Why, Corey? Why? 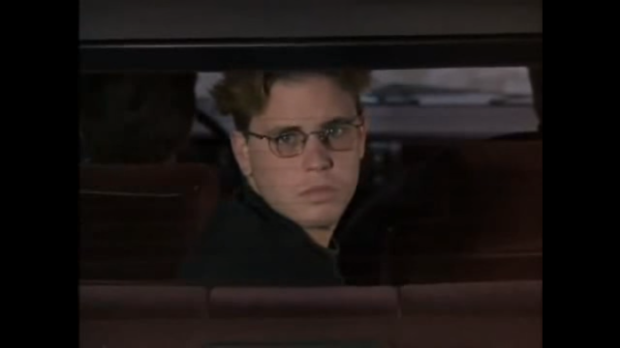