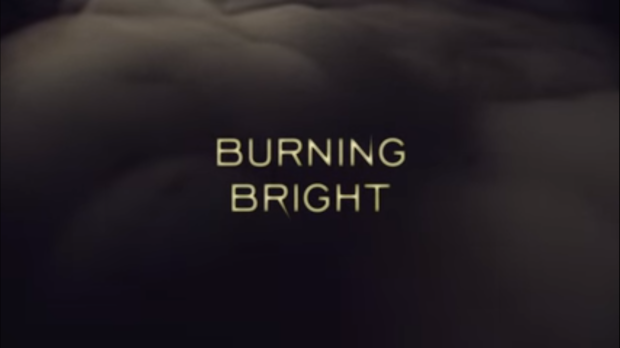 Burning Bright is a 2010 horror/thriller from director Carlos Brooks. Unfortunately he’s not one of those Brooks, but Burning Bright still manages to be quite a good little movie.

Meat Loaf plays a fleeting part (I’m sensing a theme here in MLM). He’s Howie, a man selling a tiger to John, a strange man who thinks opening a safari park in a great idea. John sees the tiger and isn’t convinced it’s “scary enough” to be a part of his park. Though Howie tells him otherwise, as the tiger is brutal more than anything else. The tiger isn’t scary, it’s evil. John changes his mind and decides to take the tiger back with him where is tries to mutilate his workers.

So things are going to go well, basically.

John’s step-children are Kelly (Diana Evigan, of every remake ever) and her younger, autistic brother Tom (Charlie Tahan). Kelly has been trying to get to college for over a year, but decided to stay to take care of her brother after their mother’s suicide. She has decided to place Tom in a hospital where he can get treatment, but they are denied after their check bounces. When Kelly calls to check on her account, she learns that John has emptied all the money in her account the day before.

Kelly and Tom head home where their house is being boarded up in preparation for a tropical storm that is heading their way. Kelly confronts her step-father about the money, but since he’s such a swell guy, he reminds Kelly that her mother never left a will, only a post-it saying that she had to watch over Tom after she died.

All the responsibility is quite a bit for a kid who’s probably only 19. But Kelly is clearly at a breaking point, and her youth shows she’s not as strong as she wants to be. She’s incredible at taking her of her brother, understanding everything that he wants and hates. There’s the pull of having her own life, but clearly cares too much about Tom to leave him alone with John. That’s probably why she has a dream about suffocating her brother to death.

When Kelly awakes from her dream, she hears that the storm has begun. But when she goes to check on Tom, he sees he’s not in his bed. Instead she spots the tiger that has managed its way into the house (or was let into the house by some drunken, asshole of a step-father).

Since the house has been boarded up for the storm, it certainly makes Kelly and Tom great targets for the tiger. Though that doesn’t stop Kelly from trying her best to survive. She tried every trick in the book like shooting it and feeding it drugged meat. But since Meat Loaf says this tiger is evil, it certainly lives up to its reputation.

Much of the film focuses on Kelly’s attempts to find her brother, stay away from a friggin’ tiger, and keep Tom safe (when she can keep an eye on him, that is. She loses him a lot). They finally decide to hide in a large fridge, hoping to either die nicely or escape eventually. Thankfully it’s the later option that happens. There’s a quick, but rewarding face-off between Kelly and John that is pretty great. I wouldn’t dare ruin the ending for you. Even if you’ve probably already guessed it by now.

Burning Bright is pretty predictable, but that doesn’t stop it from being a well-acted, suspenseful film. I really enjoyed Evigan’s performance in this movie and believed her the whole way through. That’s the true sign of a heroine in a horror film. It doesn’t always matter what’s going on around you. If it’s silly or stupid, you still need to make it work, girl, and Evigan does a great job. I loved that she had a real inner-struggle outside of fighting a huge-ass tiger. Beasts come in many forms. And victory over it is always worth watching.

Oh and Meat Loaf was great. Shame he didn’t make an appearance at the end. Second helpings are always great.