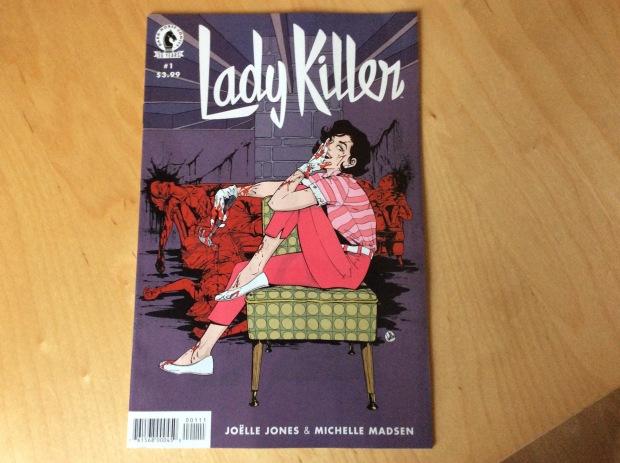 Josie Schuller is back, and I haven’t felt this giddy to go to the comic shop in a while.

Lady Killer 2 returns after 2015 successful five-issue run. Joëlle Jones and Jamie S Rich created a great little world for the 60’s housewife/assassin Josie to run around in. It was nominated this year for four Eisner Awards, including best limited run. It was a fun series, despite the fact that I wanted to much more out of the story (if Jones ever wants to revisit Josie’s backstory, please do).

But it’s immediately clear that Jones is trying something a bit different this time around. Things are a lot more personal with Josie. We get to read her thoughts as she begins her venture building a business of her own. Of course that is the business of being a paid assassin.

The Schuller family have made the move from Seattle to the city of Cocoa Beach. Here Jones’ style absolutely pops off the page. The art is filled with the same graphic, bloody imagery of the first series, but within the much more romantic-looking setting of mid-60s Florida. Despite this new setting, Josie is very much up to her old habits (instead of Avon products, she’s switched things up to Tupperware).

Josie meets with her husband’s boss and his wife, and still has her battle with her awful mother-in-law. But she’s a woman of many talents and still achieves being both the perfect wife and assassin. Though Jones manages to throw in some subtle looks of the unrest that’s bound to occur in following issues. Hopefully this means there will be development for Josie as a character as she continues on a much more independent path than the one she had in Seattle.

I’m really excited for Lady Killer 2, and though issue 1 offers some familiar ground, there’s already a taste of how exactly this series is going to develop in a different way going forward. I love Jones and believe in her wholeheartedly. Whatever happens to Josie, it’s going to be fantastic. It’s really great to have these two ladies back. 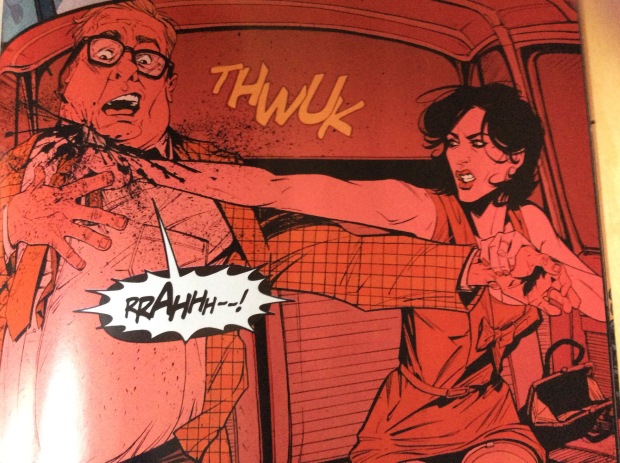