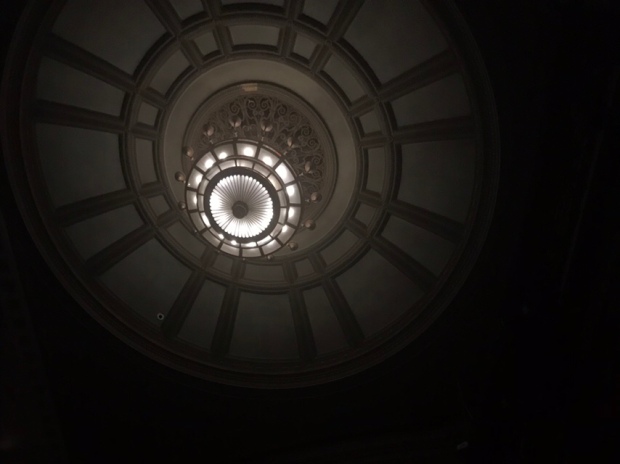 Thanks to a friend who has seemingly endless connections and belongs to something mysteriously referred to only as “The Club,” I’ve been able to see a lot of West End shows for free. I’ve never been a theatre person, but London is filled with oddities that I’ve had the (dis)pleasure of experiencing. This week’s show brought me into home territory with The Exorcist, based on William Peter Blatty’s novel and film of the same name.

Seeing The Exorcist performed on stage marked my first horror play. The show was okay, but largely forgettable with strange pacing and inconsistent acting. Not that I’m any sort of expert on the subject (I’m not an expert at anything, but that’s besides the point). But one thing that did stand out to me was the practical effects.

Making a good horror movie is not easy. Even if it is “successful,” you’d be faced with one very large problem: nothing scares everyone. Making people suspend their belief takes a true skill, one that I would imagine is even more difficult when you’re on a stage.

The original 1973 film had a lot going for it. It had a wealth of locations and an absolutely fabulous cast. But it was shocking at the time. Filthy and uncomfortable.

My mom told me stories of how when she saw The Exorcist in cinemas for the first time, she had to leave to be sick.

Once something sets the standard, it can be impossible to replicate the feeling years later. While I think the original Exorcist film holds up incredibly well, many people don’t. And it’s for the same reason: the special effects. Regan, the young girl possessed by demon Pazuzu, has that iconic pea soup vomit and vibrant red blood.

The stage adaptation at the Phoenix was much more subdued. White vomit and an increasingly large wig to convey that the young girl was increasingly becoming more ill. I imagine it takes a great deal of stage magic to produce what this show did. At one point Regan tries to cut herself with a knife, and no blood is seen. She tries desperately to cut into her bone, but nothing happens.

But perhaps the most convincing effect was when the face of Father Damien Karras’ mother was superimposed over that of Regan’s. It was the time I felt the most “thrilled” by what was happening on stage.

It’s clearly not an easy story to bring to the stage. Many of the visual effects done electronically were missed because we just had really crap seats. But I still feel like the staging was fantastic.

Scaring a crowd of jaded viewers has to be difficult. But there were plenty of moments that The Exorcist truly creeped me out. It’s certainly a different feeling to watching it on screen, but it was definitely worth the experience. 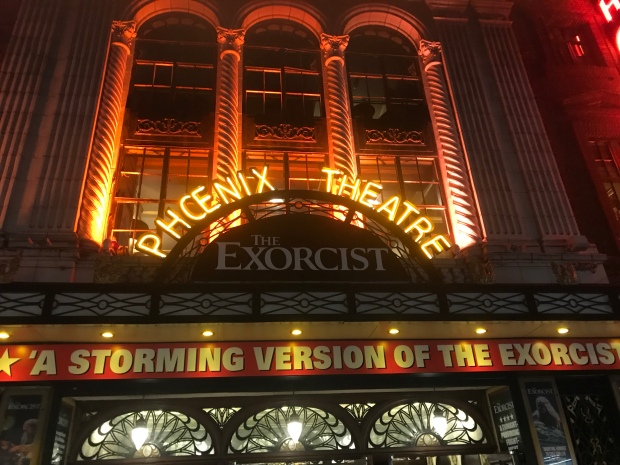