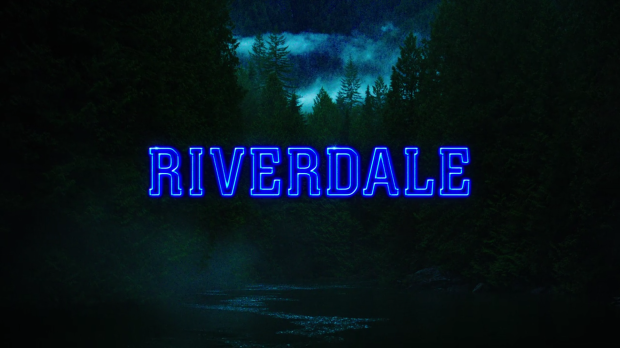 Why am I still watching this show? Furthermore, why am I recapping it?

Each week we get further along into season 3, I’m finding Riverdale more and more tedious. Is it a bad show? Nope. It’s just as wacky as ever. But there really isn’t something working, and it’s maybe time for a long good-bye.

Now. This week’s episode was good. It was very airtight. But, there were several things about it that only solidified why I’m increasingly over this show.

But the big one: “Chapter Fifty-Four” marks Luke Perry’s last episode on Riverdale. Perry a few great moments with KJ Apa here, and it reflects the relationship Archie and Fred had in season 1. But it also proves how much Perry was wasted for much of season 2 and 3.

As the show became more lofty, it ignored everything that anchored it to the ground. Much of Archie’s character has been rebuilt on during the latter half of the season. It’s been working well, but it’s still not the guitar-playing sweetheart to loved working with his dad. The core four are superheroes now. Not characters we can really enjoy spending time with.

A large port of it, I think, is that this show does not benefit from the 22-episode series format. Season 1 was snappy: there was a murder and 13 episodes later we solved said murder. Many of the plots here are good, but they’re stretched beyond their best-by dates.

I miss the season 1 silliness. It was teen, but it had bite. It wasn’t Veronica running around like a boss CEO. It was fun when she was more human. When she made more mistakes. Her storylines are so boring. She’s constantly swooping in and sorting messes when she should be cheering with the Vixens and wearing dramatic capes.

Josie’s send off this week was incredibly anticlimactic. We get to see her interacting with her father again, which was incredibly sweet. But she too had been stripped of everything about her character. Her Pussycats. Her mother. She was Archie’s girlfriend (which she played well) and someone who popped up for a good musical number.

Betty, as always, is chasing after The Farm. But this cult hasn’t been interesting for weeks now. I was hardly disturbed when Evelyn was revealed to be Edgar’s actual wife (let’s just pretend we don’t notice the 10+ year gap between Murray and Grand Maison). The babies are split up. The aunt takes one. I don’t know. Betty – just get a new fucking hobby.

Hopefully the escape…I mean “death” of Hal in the bus accident wakes her up. We all know this is some Michael Myers Halloween shit so let’s just move on to it already.

But I think what I’m getting to is this:

If you’re not having fun anymore, why are you still here?

And it’s question I’m asking myself every week. I love Archie comics, and will continue to support them and their zany ways, but I think it’s time for a long, long break. I’ll be finishing off season 3, and then just watching Riverdale in my own free time of my own free will.

Maybe we will have a story arch where we fall in love again. Maybe I’ll just be shipped off to the spin-off. But whatever it is, I’m so relieved there’s only three episodes left.