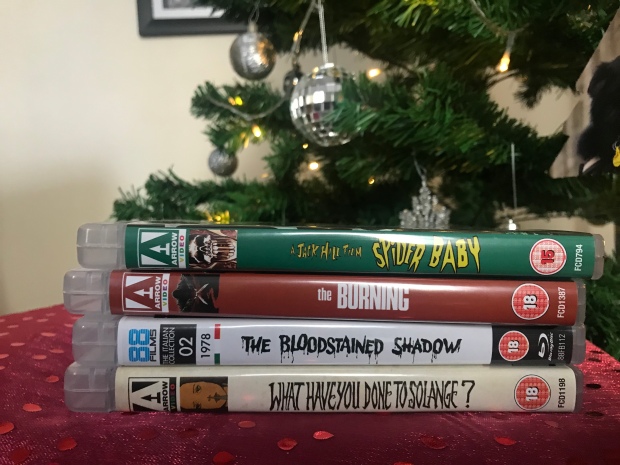 What is Christmas really without traditions? Emigrating to a new country meant that I gain a whole new set of them. There’s horrible Christmas cake instead of stollen. A new holiday with Boxing Day (though I still don’t get the point). I now enjoy bucks fizz while opening presents! It’s very novel.

About three or four years ago, I stopped going to my office Christmas parties. They’re a bit “too much” with someone with an anxiety disorder. But sitting by yourself all day feels a touch pathetic while everyone else is out partying.

So my first year at home, I started my very first only-for-me tradition: baking while watching cheesy Christmas romance movies followed by the most graphic or fun slashers I can find on my shelves. It started off by accident, but has quickly progressed to a day of the year I really look forward to.

Now, I’m not the type to be attracted to romance films. And I’m certainly not the type to condone enjoying things ironically. But the last few years I’ve started really getting into these Hallmark-esque Christmas fares. They’re not too bad at getting you in the mood for Christmas. And I’m someone who consistently lacks Christmas Spirit.

After all the drama surrounding Hallmark this year, I can sufficiently say with confidence: Hallmark – get stuffed. But thankfully, Netflix seems 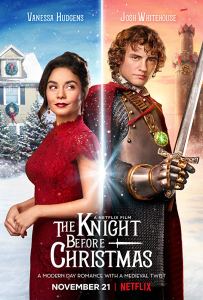 to have filled the holiday-film void with some of their own. Top ranked: Christmas Prince, The Knight Before Christmas and the ultimate wild and crazy shit show: Christmas Wedding Planner.

On the surface, it might appear as though holiday romances have nothing in common with horror movies. But it’s like grilled cheesy and jam: it shouldn’t work, but it really fucking does.

I present to you the following similarities:

Um, maybe that’s it? But you get me – they’re genre films for a specific type of person.

This year, I indulged in maybe too many Christmas movies. Thankfully my friend was around to go out for drinks and pizza to break up the potentially mind-melting experience. We watched quite a few of them together. Could I tell you the plots of any of them? No. Do I remember what the differences were between them? Definitely not. I’m certain they’re all just one film.

Thankfully I watched quite a few gems at night after coming home with a bellyful of pizza. I like to mix my horror choices between a couple of giallos (early enough in the night while I can still read) and American slashers – great for the hour when your brain shuts off.

AND I got to enjoy this all while eating gingerbread scones. Who’s to say I’m not living the dream?

So I enjoy a wholesome, silly movies from time-to-time. And it might just be one day a year, but it’s a moment to savour…before ruining it with switchblades, bloody mysteries and ominous shadows. If you get a bit sick of the holiday spirit, I recommend you start a similar tradition of your own.