Christmas is a time to spend with loved ones. And if you’re spending them with your family, it’s also a time where conversations inevitably get political and you have to leave the room.

The 2019 reimagining of one of my absolute favourite movies, 1974’s Black Christmas, was incredibly controversial when it came out. I saw a lot of anger that was overwhelmingly negative, and it scared me away from watching it. Not that it didn’t sound like something I’d maybe enjoy, but there were too many opinions flying around, and I knew my viewing experience would be affected by that.

That being said, it’s two years since its release, and that’s what I still attach most to this movie: the anger. So I’ve watched this movie, sat and thought about it and even discussed it with a queer friend of mine. I let my views have time to “ferment” if you will.

And after a few days of mulling over it, I think my issues with the film only grew.

Without the controversy surrounding the negative reviews upon its release, I don’t think there’s anything much remarkable about this film. We’d have forgotten about it if it hadn’t made a certain group Very Mad.

The 2019 version of Black Christmas strays even further from the original than the 2006 remake. But the bare bones are there: a group of sorority sisters are killed off at the start of Christmas break. This time, writers Sophia Takal (who also directed) and April Wolfe give the story a spin about being a sexual assault survivor. If the script had stopped there, I think we may have had something really special.

Instead, the movie spirals into this bizarre plot about a fraternity that discovered a bust of the university’s founder. And that bust gives them power over women? I mean, don’t they already have that without magic.

Riley (played by an uncharismatic Imogen Poots) was sexually assaulted by a fraternity member when she was younger. When she and several of her sisters perform a reworked version of “Up on the Housetop”, they publicly call out frat houses’ rape culture. Riley’s more social-conscious sister, Kris, gets the girls women into trouble when the video goes viral.

This seemingly triggers a number of attacks on sorority sisters around campus. The violence is nonexistent here. It had a PG-13 rating, which the director wanted in order to appeal to a younger crowd (which I get, but I don’t think was successful). But the ladies all win in the end because we’re badass.

And hooray. The women win. But this doesn’t feel like much of a win.

As someone who has been assaulted, like nearly every single one of my friends, this movie was nice to see, but it didn’t really feel like I took anything from it. I didn’t feel vindicated. But if it helps anyone out there, I’m so glad it did.

But by making the villains supernatural, it no longer felt like someone fighting my demons on screen. It was a fantasy no longer rooted in reality. Laurie Strode’s PTSD in Halloween (2018) felt so much more to me. That film really addressed the aftermath of trauma so well.

I felt betrayed by the messaging that this was going to be a modern, updated version of Black Christmas, which itself tackled feminist themes of abortion rights and stalking. The diversity of this film was paraded around like something to be impressed with. There weren’t any queer characters. At all! From anywhere on the spectrum! And Hollywood has an issue with never casting dark-skinned Black women. That’s 100% the case here too.

This whole movie shouted white feminism to me, and I couldn’t get past that. It centers a white woman and is about a white woman’s problems. I get it. Almost all horror is! But I’m bored of that being called “brave” and “controversial”. Nothing about it felt fresh or challenging. Maybe we’ve already changed a lot two years on.

And the film’s message takes center stage. The “horror movie” part takes a back seat. There’s no suspense or real horror. The 1974 version still makes me scream and squirm, and I’ve seen it 100 times. To be honest, though, that’s completely fine if that’s what the filmmakers wanted. I think it could have been much more effective it wasn’t trying to squeeze into the skin of another movie.

All of that being said, I thought this movie was okay. This was just a lot of fun to dissect. I wouldn’t talk anyone out of watching it. I would probably even watch this again and enjoy it still! Though I saw my low rating of the 2006 remake, and I’m wondering if that deserves a rewatch and reassessment too.

I loved the little nods to the original and the 2006 remake (the crystal unicorn, the icicle murder). And there’s even a shot paying homage to the great Exorcist 3. I also enjoyed when the plastic bag murder was turned on its head, even if it wasn’t pulled off with any great success (remember that PG-13 rating?).

And most of all: we love seeing horror created by women. There will never be too much of that.

This is definitely a movie that was a target of much more hatred than it deserved. I was honestly really waiting for something shocking to happen, but it never did. It’s a fun Christmas slasher with a message about women protecting women. We love to see it.

Maybe certain people are just a bit more fragile than they think they are. 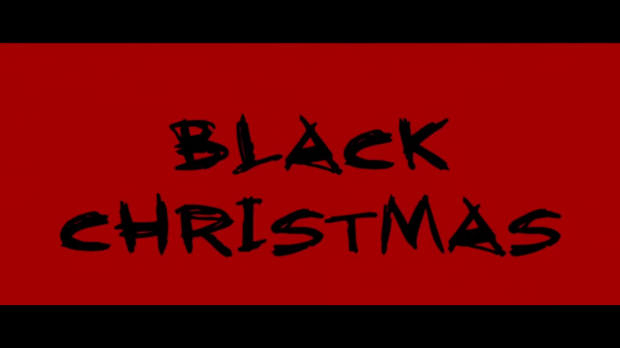 Every year I put off watching this. I have no idea what possessed me to watch it this year, but it was 100% an absolute mistake.

Remakes are tricky. They have a bad reputation at this moment in time when the market is saturated with them, but there are many remakes that are incredibly successful. Anything from The Thing and yes even the 2013 Evil Dead are great movies, even sometimes (in the case of The Thing) vastly improving on the original.

Making a successful remake, though, is hard. It needs to stand on its own two feet without being too dissimilar where it only exists to rip off a name, and it needs to be original in its own right.

The 2006 Black Christmas is a cynical money-grab that can kiss my Christmas ass. Even with Bob Clark’s name attached and Andrea Martin’s role as the house mother couldn’t save this sinking ship.

This remake is pretty standard fair when it comes to the plot. If you have seen the original, imagine that but stripped down to its bare bones. The film attempts to add some originality by adding a back story for Billy.

Unfortunately, this is the film’s biggest faux pas. One of the original’s strengths is that we really have no idea what “Billy” wants or why he’s doing what he’s doing. It’s the feeding of small facts throughout the film that makes it unknown feel large and terrifying.

Like many remakes, Black Christmas is trying to create a story about characters that we just don’t care about. Actually, you had me caring about Billy and his father until the father gets killed. The story just gets daft from there – and not even in a fun House on Sorority Row way.

There was a fairly decent cast here, that could have made something convincing if given the right material. Mary Elizabeth Winstead in particular has proved time and time again she has the chops for horror, but she’s entirely forgettable (though I really don’t blame her). But by focusing so much on Billy and his story, it takes away from the time that could be invested in making us care about the Sorority sisters. It’s pretty difficult to care about any of them. They most exist to just be bodies (but I guess this is a slasher after all).

Ultimately, I am incredibly biased. The 1974 Black Christmas is not only my favourite Christmas horror movie, but it’s one of my favourite movies ever. It preys upon all my fears and has some incredibly real horrible moments.

This remake attempts to capture those same moments, but it always falls short. The visuals of Billy’s eyes watching the girls is so terrifying in the original and here it just feels…perverted. I guess both are meant to be that way, but one is much more effective than the other.

Added ‘twists’ are pretty obvious and, again, just not that impressive.

So “in summary”: Black Christmas 2006 is overly-long. It’s tired and cliched. And it’s very, very, very boring. Skip this and just rewatch the original. Not that you probably needed any convincing otherwise.