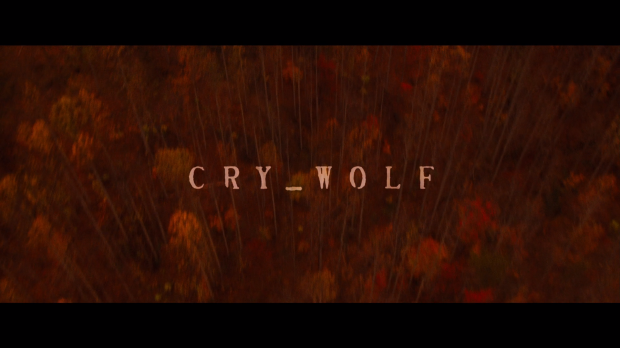 I have an admission to make: I enjoy reading the last page of books. If a story is too suspenseful or there’s a character I really like, I need to know if they survive or who the killer is.

Considering the amount of mysteries and thrillers I read, this probably makes me a bad person. But that being said, I also think I’m pretty good at guessing a killer before I look at the last page of a book.

That being said, it takes no super sleuth to untangle the ‘mystery’ of Cry Wolf.

Last week, I went on a (minor) rant to my co-workers about how I don’t really care for the aesthetic of 00’s films. I hate the eyebrows, the low-rise jeans, the editing… But I decided I wanted to eat my words and watch an entertaining teen horror romp. When I read the words “boarding school” and “secrets” in the synopsis, I was immediately convinced I needed to watch Cry Wolf.

Cry Wolf is set at the fancy Westlake Preparatory Academy, home to the children of the elite. Joining their ranks is the English Owen. Upon his arrival, he bumps into Dodger, a girl he immediately takes a liking to. She explains to Owen that there is an assembly on about a townie who has gone missing after “screwing the wrong guy”.

Later that night, Owen’s new roommate, Tom, invites him to sneak out and meet his friends at a chapel, including Dodger. She tells Own the rules of a game called Cry Wolf. She, the shepherd, chooses someone to be a wolf and the rest of the “sheep” must discover who the wolf in the group is until one by one they’re picked off.

After playing their game, Dodger later suggests that the group play a bigger version of the game. One that involves the entire school. Together, the kids invent a serial killer. He’s The Wolf. He carries a hunting knife, wears an orange ski mask and camo jacket, and travels from campus to campus killing people. Dodger also suggests that the kids pretend that the missing girl (who was earlier discovered in the woods, killed by a gunshot wound) was the first victim.

Owen sends off the first email and the story takes off like wildfire.

Later, Owen gets an instant message from The Wolf. The messages are threatening, and he begins to suspect the Dodger, Tom and the rest of their friends.

The ‘pranks’ begin to get more bizarre. Tom and Owen find a bloody body piercing. Their room is ransacked. Randal goes missing.

Then one day, Tom goes to his journalism class and a hunting knife falls out of his bag. His teacher, Mr Walker (played by the very studious Jon Bon Jovi), takes Tom away to get expelled or whatever. But Tom manages to stop Mr Walker with one thing: the knowledge that Mr Walker is having an affair with Dodger. The boy had previously seen the two making out in Mr Walker’s office.

But his ‘friends’ begin to distrust him. He skips the Halloween dance, and is later pranked into believing that The Wolf is after him. He and Mercedes (who chases Owen dressed like The Wolf) get into trouble, as do the rest of the group.

The friends are all forced to stay at school over the weekend. But considering it’s a boarding school, I’m not sure why this is such a drag.

Owen gathers the gang together at the chapel, where they begin to admit to their deeds. But this somehow, according to Dodger, makes Owen seem guilty. The others turn on him.

While at the chapel, Mercedes’ boyfriend calls her and they hear her being attacked over the phone. And the one-by-one the kids are seemingly killed off.

Owen gets a call from Dodger who tells him about the gun in Mr Walker’s office. He goes to get it, but is caught by Mr Walker. The two begin to scuffle, and Owen ends up shooting Mr Walker in the chest.

And it’s seemingly all over.

It’s revealed that none of the kids had actually died. They were all (mostly) in on a prank to get back at Owen and Mercedes. Again, this seems pretty steep but whatever. Owen ends up not getting murder charges when his father reveals that Mr Walker was in a relationship with the townie that was killed.

It’s also revealed that Mr Walker had other damning evidence against him. And while it’s seemingly “that’s that”, the film throws in a final twist.

But…it’s not really much of a twist.

Unfortunately, the film is very heavy-handed on the foreshadowing. It makes guessing who the real mastermind easy to spot by a mile away. I almost had hoped that the the obvious suspect wasn’t guilty. But instead we get the very obvious ending. And for me, it made the movie really difficult to enjoy.

I loved the aspects of the children playing horrible pranks on each other. Something about a bunch of rich kids being jerks and getting their comeuppance makes me feel weirdly satisfied.

And while this isn’t typically a type of film I enjoy, I do think that Cry Wolf had its moments. It’s laughably outdated thanks to its technology, but if you can see beyond that (and it’s terribly predictable plot), it’s an alright way to spend 90 minutes of your night.