There seems to be something about horror movies called Season of the Witch that really piss people off. This week’s George A Romero film has quite a few things in common with the Halloween instalment it shares its name with.

For one, they’re both breaking from their moulds. Halloween III was notoriously the first in the franchise that didn’t feature Michael Myers. For that, it was slated by both fans and critics. Thankfully it’s been resurrected in recent years. I, for one, adore it and all its zaniness.

While Romero’s Season of the Witch isn’t hated exactly, it’s certainly frequently overlooked. There are pockets of his filmography that horror fans tend to simply skip over for lack of the undead.

Following the comedy There’s Always Vanilla, Romero returns to the genre that made him famous, if only with a lighter touch.

Joan is a bored housewife. She’s ignored by her husband and seemingly lives a rather unfulfilling life. When she learns that a practising witch has moved into the neighbourhood, Joan begins to develop an interest in the occult.

Soon after, Joan meets Gregg, an acquaintance and casual sexual partner of her freewheelin’ daughter, Nikki. The tension between Joan and Gregg quickly grows, both emotional and sexual.

Nikki soon flees the house after she learns that her mother has heard her having sex with Gregg one night. Distraught, Joan tries to locate her runaway daughter. This brings her even closer to Gregg, especially once she starts dabbling in magic.

Using her new powers, Joan begins to pull Gregg nearer to her while her husband is away yet again. But she’s also plagued by nightmares of being attacked in the night.

When things finally come to a head for Joan, it’s difficult to tell what she really wants. If the tragedies in her life are an accident or of her own making.

Night of the Living Dead had a lot of different subtexts. On the surface, though, it could be discounted as a zombie film, making it easy for most people to digest (hehe). If you didn’t agree with Romero’s politics, you can focus on the zombies. But Season of the Witch is not subtle. At all.

Throughout the film, there’s a constant repetition of several themes and imagery: the use of a leash and collar around Joan’s neck, the masked intruder, the ways people manipulate each other with different forms of “magic”. Romero has plenty to say on it all: the toxic masculinity that still lingered from the 50s, the counterculture of the 60s and 70s, and the struggle of living in a world in between the two.

It had a surrealist take on 70s feminism that reminded me of similar genre movies like The Witch Who Came from the Sea that followed a few years later. Both, incidentally, are bizarre and a bit uneven. Though there’s something very powerful about stories from that era when they are focused on themes of liberation.

Season of the Witch probably won’t please most Romero fans who are looking for more in the way of the gore in Land or Dawn of the Dead. But if you love Romero for his ability to bring real-life horrors into the supernatural realm, there is definitely something to be gained by watching it. 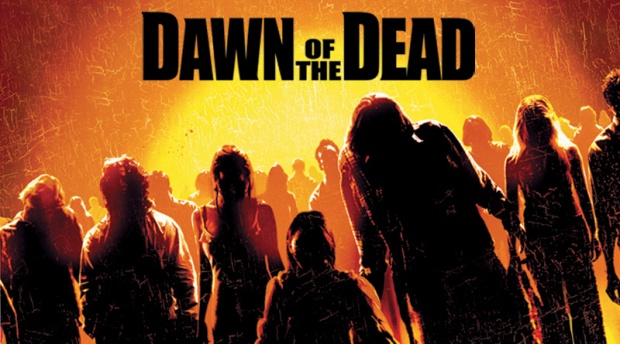 The quote is one of the most iconic in horror movie history: “Where there is no more room in hell, the dead will walk the earth.” It is a line that emulates the zombie genre in its entirety: bleak futures can await you, even when you’re dead. George Romero’s Dawn of the Dead is a classic and it’s remake directed by Zack Snyder is one of the best of its kind.

It is difficult to say anything that hasn’t already been said about these two films. It’s easy to see why many prefer the remake: it’s a hell of a lot faster. But personally, I always love the original. Everything about speaks to me, especially the look and the music (Goblin does an amazing job). Plus anything Romero or Argento touches is gold in my eyes. But this is a remake that actually gives the original a run for its money. The less I compare them, the more I like both.

The movie starts off showing the day in the life of an over-worked nurse in Milwaukee (which looks pleasantly suburban here) named Ana. She goes home to a date night with her husband, but it isn’t too long before things go sour and Ana is off into the world of the zombie apocalypse. After she crashes her car, she bumps into the burly Police Sergeant Kenneth Hall. The two quickly buddy up and form a group with other fellow survivors. It isn’t long before someone has the idea…

“Let’s go to the mall, everybody!”

In either film, I never understood why they thought going to the mall would be a good idea. I mean, I get why the zombies go (social commentary and all that), but aren’t malls very large? Why would someone want to deal with protecting all of that space? Especially in the remake it seems a bit silly. These aren’t the stumbling, decomposing dead of the original Dead movies, but they are the faster breed that became so popular in 28 Days Later. If they’re strong, aren’t they more likely to break through glass?

Of course our heroes aren’t alone for long when they bump into the world’s only threatening mall security guards with guns. The scene where the two groups meet is somehow one of the most amusing in the movie. Perhaps it’s the constantly dinging elevator doors.

It doesn’t take long until the mall becomes some sort of shelter for survivors. But with every life saved costs all the more. The group agree to help save the survivors on a delivery truck, but of course there are contaminated aboard (or this film would seriously lack any drama). While the cast is quite large, it is fun to watch their interactions, especially after they are stuck in the mall for a long period of time.

Before long, the power goes out. While searching through the parking garage for the emergency generator, the group find a friendly dog. While dogs are great pals, clearly this doesn’t spell good news for anyone involved. The group need to deal with the breach in their stronghold. It quickly becomes clear that the group need to leave and learn that they can take a yacht to an island in Lake Michigan. The last third of the film follows their escape and survival attempts – much of it just as grim as you’d like it to be.

The ending isn’t terribly great, but giving it away would be a shame. Unfortunately, they keep going with the ending during the credits when it should have just stopped when the screen went  black. Either way gives the views a chance to dream up the survivors fates, but end at the ending, please. It’s also done in a sort of embarrassing found-footage way, but original ideas isn’t the aim for this movie. It succeeds in many other ways like the character flaws and relationships. Any horror movie can have a terrible monster, but who cares when you don’t care when everyone is dead?

I quite like this film. Although I’ve seen in a few times before, it still is interesting to watch. To be honest, it was nice to get a break this week, especially after the movies from the past two weeks. They really get the little details right like the county names. For me, it adds all the more realism. There is plenty of good gore and the opening credits are actually pretty fun. It might not be as good-looking as the original, but I’ll take this remake over Black Cadillac any day. 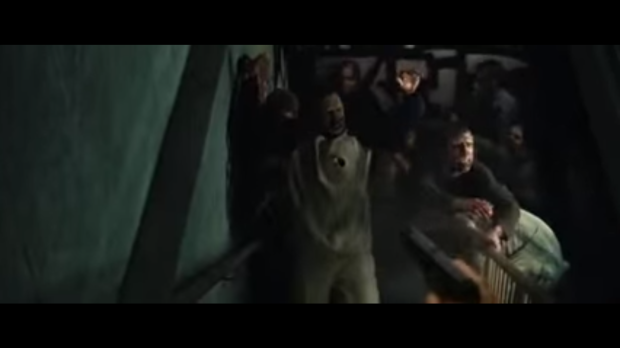