This Friday was the first day of the Autumn MCM Comic Com in London. It was an unusually quiet day for the convention, but there were still some great names from the realm of DC Television to some of Britain’s best indie shows and films. 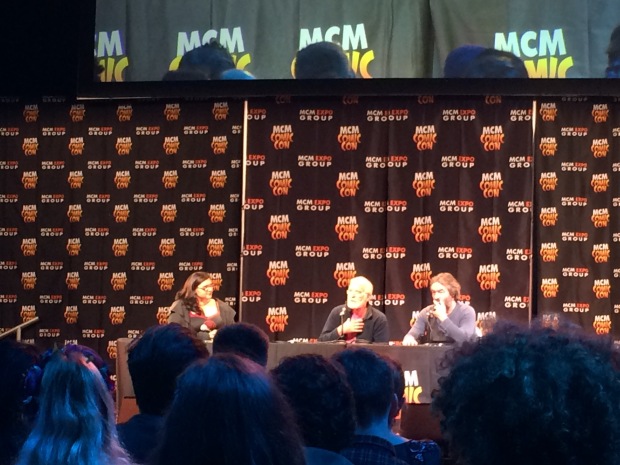 The pair of actors reminisced about their time in set, but mostly spoke about their theories to the ending of the much-loved game-changing series. A bit like watching a pair of fans, but the most charismatic ones you could find.

Beattie noted that the only good thing about not being on the show was not knowing what was coming next for the story.

As a large fan of the show and the “genius storytelling” that goes on, Beattie mentioned how he had never read the books, which he says he won’t read until series author George R.R. Martin publishes the 6th series or gets near to publishing the series. “I’m not doing Harry Potter again,” said the Northern Irish actor.

But like many of the fans anxious for the next instalment of the series, both Ians agreed that they hoped the book would diverge from the television series, but all ending at the same place with whoever ends up on the Iron Throne.

Through apologise to Gelder, your dreams of seeing Bron on the throne may be a distant one. 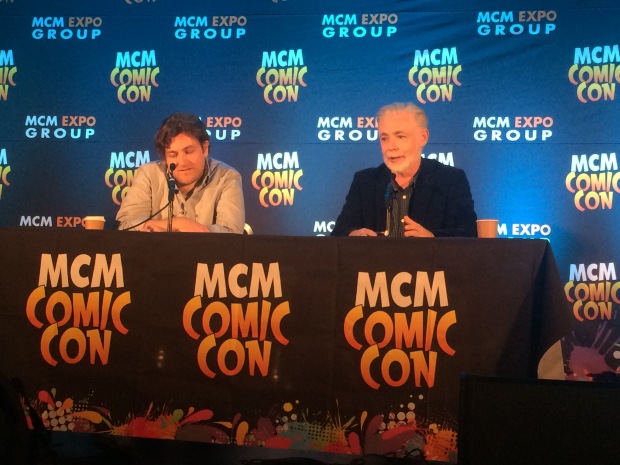 Instead of doing a lot of research, Colfer set his YA novel in his familiar setting of Dublin. It was also his way of usurping many of Marvel’s strict rules about what a writer can do with their universe.

The 1980s-fuelled novel serves as a way to look at the iconic Tony Stark character in a way that comics and films can’t.

Colfer took the time to fill the book with references for 40-year-old dads and small details that fans may not have considered before.

The Artemis Fowl author, whose first love was graphic novels, made sure to include the Mandarin, a character he feels didn’t get justice in the film series.

Iron Man: Gauntlet is now out.

An interesting choice of guest was Italian composer Fabio Frizzi, who unfortunately had delayed flight, was unable to make his panel.

It was great to get a horror legend at a  London con, even if I was unable to see him. Frizzi is best known for his scores for iconic horror films from Italian horror director Lucio Fulci including Zombi 2, City of the Living Dead and The Beyond.

Frizzi will playing liveat the Union Chapel on Sautrday the 29th.

A big disappointment was that the convention booklets were printed with the wrong times. Thankfully there were handouts with the correct schedules, but me and my partner in crime, Virginia, we’re not informed – even at the press room. Really shoddy as it completely messed up our schedules. But alas, on to brighter days tomorrow with a (hopefully) correct schedule.

And as Virginia said, “It wouldn’t be MCM if it wasn’t confusing and weird.” 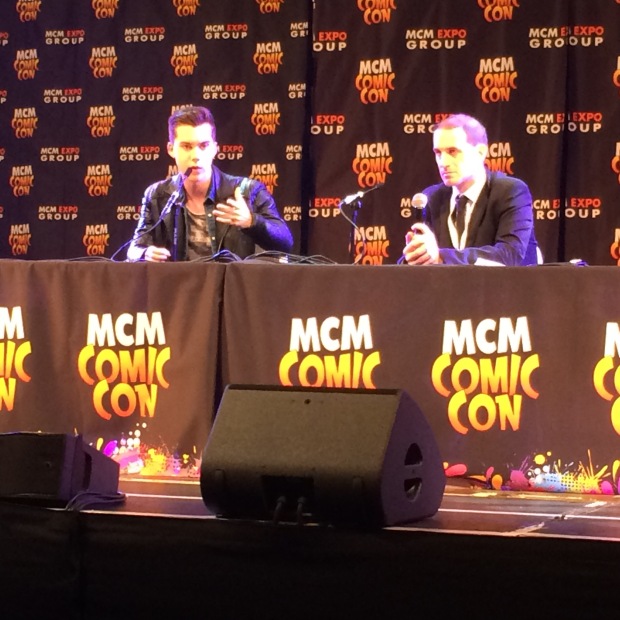 The screams of a boy in puberty

Jeremy Shada may have a voice more recognisable than his boyish face.

The 19-year-old voice actor already has seven seasons under his belt with the award-winning and much-loved Adventure Time cartoon.

Known for the squeals and odd noises his character makes, Shada explained how he eventually found the voice of Finn the Human. His older brother Zack had performed the voice of the character (then named Pen) in the 2007 pilot that eventually wasn’t picked up by the Nicktoons Network. After following the advice how his agent suggested he try for his brother’s part in 2009, when the show was going to Cartoon Network.

While Shada followed in hid brother’s footsteps, the young actor tried to emulate him when beginning with the character. Though throughout the entire first season, Shada said he was going through puberty, which helped him to find the style of Finn’s voice.

Shada’s band, Make Out Monday, also performed this weekend on the Fringe stage.

A geek and a villain walk into a panel…

Jesse Eisenberg and Kunal Nayyar both graced the MCM Gold Stage on Sunday to promote the West End premier of their play The Spoils.

By far the most popular panel of the weekend, the two actors discussed their roles in their current show, and their futures on film and television. Big Bang Theory actor Nayyar stated that he was happy for the minority role that Eisenberg had written. Nayyar’s character is a Nepalese immigrant who is roommates with Eisenberg’s wealthy, manipulative character.  Finding the character came easily to Nayyar, who said that he while he was growing up in New Delhi, he had friends who were from Nepal.

Eisenberg said he enjoys playing characters that other people don’t like. He wants to make others sympathise with people who are seemingly evil, and he’s interested in what drives them.

The Spoils, while a comedy, explores what drives these people. The rich and poor juxtaposition is something well-known to those who live in a city. English actor Alfie Allen joins the London cast, playing a character much different to what fans recognise him as in Game of Thrones. Eisenberg said that he was immediately impressed watching Allen’s audition tape, and after googling him was shocked to see the actor could play such different characters so well.

Nayyar and Eisenberg both acknowledged that theatre has long been a pastime for the wealthy, but they hope that their familiar names and the projects they are attached to (such as Eisenberg’s turn as the villain Lex Luther) will help bring young people to the theatre.

Eisenberg said that while he thought that performing live was more exhilarating and nerve-wracking than movies, he still has a love for acting on the stage, espcially when being able to humanise the dehumanised, like his character Lex Luther – who is on the surface a bad person.

As far as his future with the DC universe after Batman vs Superman,  Eisenberg says, “They just started filming Justice League, so I’m kind of like waiting for my crack at it.” 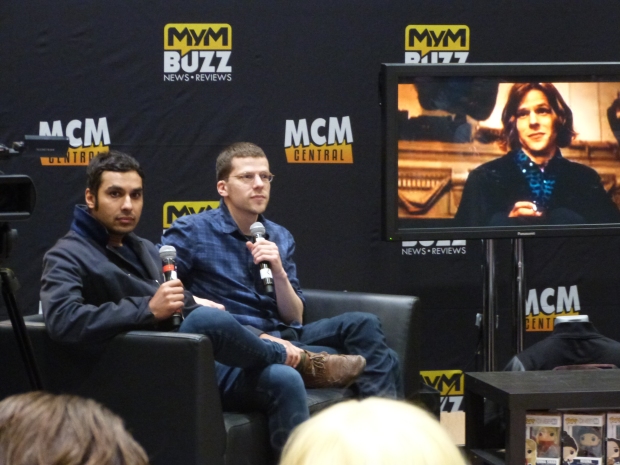 Overall, this was another great weekend at MCM Comic Con London. There were some truly great panels in the past few days, some among the best I’ve ever been able to attend. It has all gone by super fast, but I’m sure October version will be here in no time.