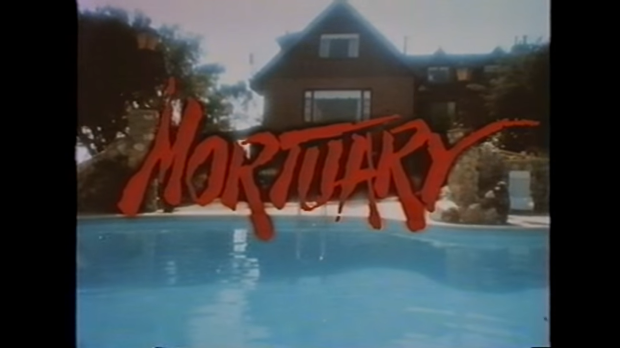 For the first time in years, I actually forgot to post on Wednesday. Oops?

We can probably blame two things: 1) England’s new lockdown really has messed with my perception of time. 2) My pre-order of Second Sight‘s gorgeous Dawn of the Dead set arrived in the mail. I was so excited to force my husband to watch the Romeo classic that I completely forgot all about Wednesday.

And in my defence, this week’s movie is a touch forgettable. Well, other than that scene where Bill Paxton frolics through a cemetery. Than man could make a mark on anything.

But Eve seems to be keeping something secret. One day, Christie’s boyfriend, Greg, sees her performing a strange ritual with the owner of a mortuary, Hank Andrews. When he tells Christie this, she seems even more convinced that her father’s death was not a straight-forward drowning.

Greg and Christie become concerned when their friend Josh disappears during the ritual. Unbeknownst to them, Josh was picked off by a figure sporting a look not too dissimilar from the ritual participants’. If you’re going to get killed, at least it’s convenient that it’s in a mortuary warehouse.

The couple begins looking into Josh’s disappearance, but strange occurrences make Christie paranoid.  One day she’s followed home by a strange car. She’s then attacked by a hooded figure that night that she’s convinced was trying to kill her.

Christie is certain that Eve is involved in the strange happenings. But is she really? Or could the killer maybe – just maybe – be the not-so-right-in-the-head son of the mortuary owner?

I mean. Who’s to say? Certainly not at all a giveaway that the killer’s ‘mask’ is just a piece of white latex that just look like his regular face.

Mortuary benefits greatly from a good cast. Paxton is wonderfully goofy here, clearly destined for great things. And I’d watch Lynda Day George and Christopher George in anything. The performances certainly elevate the average story to something more entertaining.

This will certainly appeal to anyone who wants a more sophisticated slasher. It looks nice, and it certainly is worth it – just for this scene alone: