Ever feel like there is something missing in your life? Whether it be love, money or material. There is a scene in Pretty in Pink where Andie Walsh talks with her ultra-cool boss Iona about the possibility of not going to the prom. Really it’s not about prom, but rather the things we miss in life when we sit things out:

“Did you go to your prom?”
“Yeah sure.”
“Was it terrible?”
“It was the worst. But it’s supposed to be. But you have to go, right?”
“You don’t have to. I mean, it’s not a requirement.”
“A girlfriend of mine didn’t go to hers. Once in a while she gets a terrible feeling, like something is missing. She checks her purse and her keys. She counts her kids. She goes crazy. Then she realises that… Nothing is missing. She decided it was side effects from skipping the prom.

I went to my prom, but I still get that feeling. That sort of lingering itch that life just needs one more piece of the puzzle. A couple months ago, I found what might be that missing piece thanks to 1st Wave. I was still in America, driving home from visiting my friend in Milwaukee with DJ Bueller’s Saturday Night Safety Dance came on – one of my favourite bits about contemporary American radio. As soon as Comateens’ “Get Off My Case.”

The New York band released a trio of albums in the early 80s before disbanding. “Get Off My Case” is pretty standard club new wave, but still feels pretty damn perfect. The sort of group-chant is what helps it be a bit more memorable. The lyrics are a bit juvenile in style (it’s not enough to say hello / you always had to make some kind of comment), but when isn’t there some asshole trying to break your back? 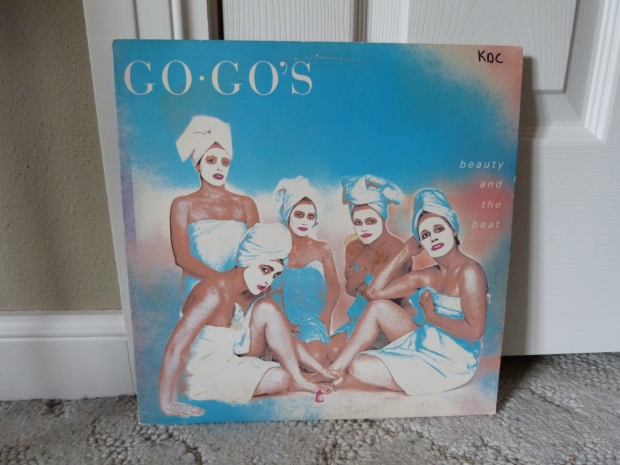 There was a point in my life where I couldn’t stand female singers. So many were boring and relied on looks or had the same generic “nice” voice. At some point that changed, probably after Patti Smith awakened my soul and Debbie Harry kept me alive for months on end. It seemed only natural that I would forgive my own kind and venture into the world of interesting female vocals.

The Go-Go’s were a band I grew up knowing. Their infectious singles were always plastered on the radio (and I guess they still are). But listening to this debut album in full was like waking up to a whole different celebration.

Beauty and the Beat was released in the bowels of the summer in 1981 on I.R.S. Really it was a great feat of planning because this is one of those great summer albums. The pop singles are catchy for those roll-your-car-windows-down moments (no better example than opening track “Our Lips Are Sealed”), but there is also the key songs that fill the times where summer is pretty crap. It’s shit and can be uncomfortably hot, dull and lonely (“This Town”).

Though, this album is too good to corner simply as a “fun summer album.” There is loads of great song writing here. My favourite song across any of their records, or in the 80s in general, is “Head Over Heels”. Every time.

I found Beauty and the Beat where I find most of the lost souls: in the depths of a jumbled up box in a antique shop. This particular shop is located in my hometown, and I have visited hundreds of times. Many stalls hold the stories of my record collection. They’ll probably even return there when I die. There used to be loads of albums there, and you can still find them if you look, though now many stalls have now been taken over by faux-vintage shabby chic rubbish.

The stall I found this baby in, though, is chock-full of albums from all over the spectrum of music. Usually it is too daunting of a task to go through them all. It’s a pretty iconic stall, actually. Well, in the grand scheme of the antique mall. In the middle of the floor is this fabulous mannequin who always dons some sort of interesting attire. Seems fitting to find this album tucked in one of the boxes on a table next to her. I believe this was the work of Kim Cattrall pulling me to it.

This album is in many ways very girly (just look at the lovely covers), but that’s not exactly why the album works. They are unapologetically women, of course, and their harmonies would only work in the typical registers for women. Their melodies are literally pure perfection and it really sets them apart from the utter blandness of manufactured pop singers. They are all masters of their instruments. But really I’m a sucker for a chiming guitar, so this album was always going to be up my alley.

I love this album. I love it even more on vinyl. This is the group of girls I wish I was cool enough to join. Thank heavens the mannequin lead me to them.

There’s major work going on behind the doors of American in London at the moment (mostly healing from a never-ending chest infection). Things will resume as normal in a few weeks. Until then, try watering your Suburban Lawns.

This Long Beach band are constantly flying under the radar. While they’ve been on mine for a few years now, I find that people glaze over the band pretty frequently. This is especially strange considering it was released on the well-respected I.R.S. records. It’s a shame about the memory loss because their album is completely weird and arty, but still incredibly easy to digest. Su Tissue and her band of men with equally-bizarre nick names made a cool bit a music that deserves a bit more time.

Also, Su Tissue appears in Jonathan Demme’s Something Wild, which is a pretty cool little film with an even better soundtrack.

I need a good reason to write about the Associates. Problem is, there really isn’t one. So I’ve decided to run a new instalment  “Just Can’t Get Enough” – essentially whatever I can’t stop listening to.

“Party Fears Two” makes all my candy floss dreams of 80’s parties and love come to life. The chorus is enough to make anyone’s heart skip a beat and soar. Billy Mackenzie’s voice is a wonderful tenor screech. Beautiful.

Listen to the track below. And more importantly, what can you not get enough of lately?