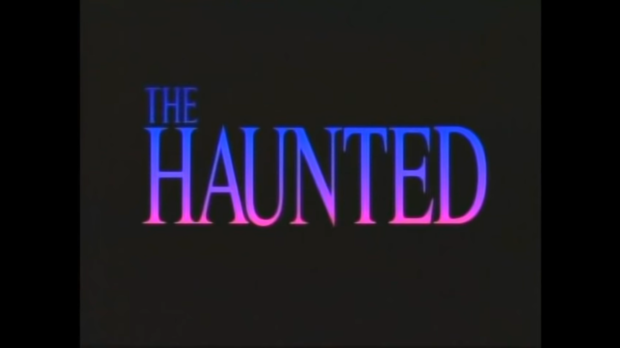 We’ve been here before: family move into new house, all goes well minus a few ‘quirks’, something big happens and all the demons in the world are entering the world through a dimension door in suburban America.

The Haunted is one of the most run-of-the-mill haunted house fils I’ve ever seen. It’s based on the ‘true’ story of the Smurl family who lived in Pennsylvania in the 1980s.

Initially, I thought this was going to be great because of one key factor: Ed and Lorraine Warren were investigators in this case. The Warrens are a fascinating pair, being linked to some of the most key hauntings in the throughout their lives (proof: watch and of the Conjuring Universe films or some little film called Amityville Horror). But those cases have something that The Haunted doesn’t: distinction.

Janet and Jack are a sweet little couple sharing a house with Jack’s elderly parents. Their children are all girls, just an all-around fun bunch. And soon things begin to go awry. Electricity bills become expensive (WATCH OUT!), the older women of the house hear whispering, Janet begins to forget things.

But beyond that, there’s not really anything particularly interesting about the hauntings themselves. And to be fair, there really is only so much that a ghost (or demon) can do.

The family get their local priest involved, who is unable to do any exorcism for them. So they head to the Warrens, who apparently can’t do much either. The hauntings get worse and increasingly physical. Janet is eventually so distraught that she is driven to taking her story to the media.

It’s a shame that the Warrens and the media attention seem so much like an after thought in this film. Much of the TV movie spends time showing us the paranomal activity. And nearly thirty years on, it just doesn’t scare or even make you feel uneasy…minus that one scene where Jack is seemingly sexually assulted. Yikes.

I think it’s interesting to see the local reactions to the Smurl family. It certainly wasn’t very nice. And the family’s desperation is equally as watchable, but for some reason – it’s all overlooked.

Sally Kirkland is good in the role of Janet. This part got her nominated for a Golden Globe. But the material is so boring that her performance can hardly save it.

A good haunting film need one thing: suspense. And The Haunted really lacks any of it. Blame it on being made-for-TV, but watch any of the classic horror network movie and you’ll know it’s possible to thrill. It’s a shame that this wasn’t done better, but part of me things this: if the original material isn’t that differneciating to begin with, maybe it wasn’t worth the energy and budget to begin with.