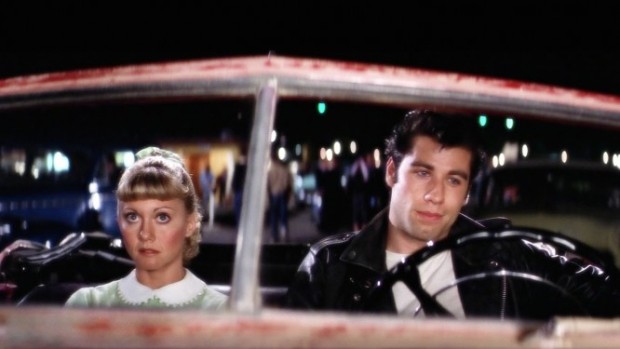 After nearly three months away, I’ll be back in London in a matter of weeks. My visa is finally all squared away. Final conclusion? Moving countries permanently is not for the weak of heart. It’s a strange feeling being detached from your life for months at a time. But thankfully I’ll be going back to home with plenty of things to look forward to. Possibly the most exciting in the next few months is a pair of showings at the Prince Charles Cinema in Leicester Square. Both films have a bit something special in common…

The first is a showing of the director’s cut (one of many) of the gorgeous Blade Runner. It’s been a movie the Prince Charles has been trying to get for ages. And it’s clear why it’s in such high demand – this is the type of film that is meant to be watched on a massive screen. The cinematography is so stunning and really is larger than life. Even three decades later, Ridley Scott’s vision of the future still looks remarkable.

The second film later in the month is True Romance on 35mm film – a not-so-easy bit to procure. This Quentin Tarantino penned-crime bit, is one of his best. It’s romantic and super violent. An excellent juxtaposition. Watching it on film is going to be incredible. Especially Gary Oldman’s dreadlocks.

Now for those of you living outside of the capitol (and in lands beyond the oceans), there is a long healthy tradition of of these types of film screenings elsewhere. In my old stomping grounds of Milwaukee, there is a monthly screening of Rocky Horror Picture show with Sensual Daydreams – the longest continuous showing of the movie in the world.

The Midwest loves this sort of thing. One thing we still hold dear is the drive-in movie theater. Skyway in Door County still shows the old projection slides and cartoon advertisements that were used in the 50s. It’s almost exactly has it has been all these years (despite upgrading the toilets) and even watching newer movies, there is still this shared excitement that you feel people decades before you had.

I’ve seen Gremlins at the Prince Charles, but one day I hope they offer the double-feature of the original and New Batch. To be completely honest, though, my dream movies to see one day would be The Creature from the Black Lagoon in its original 3-D format and to watch my favourite film – Pretty in Pink in all its delightful glory.

People love to pay to see old films in theatres. Why? Because people often feel a sense of nostalgia, whether it was a memory they want to relive or just something they wish they could have experienced. Granted, not everyone feels this way and most will stick to their DVDs and Netflix.

But like vinyl collectors or people who still buy books, there’s something so tangible about going to a cinema. That entire experience isn’t something than can be replicated at home, and it’s lovely. So why should anyone miss out on that special experience just because they were born a decade after their favourite movie was released?

In an increasingly isolated world, having a shared understanding with a group of people watching Empire Records isn’t such a bad thing.