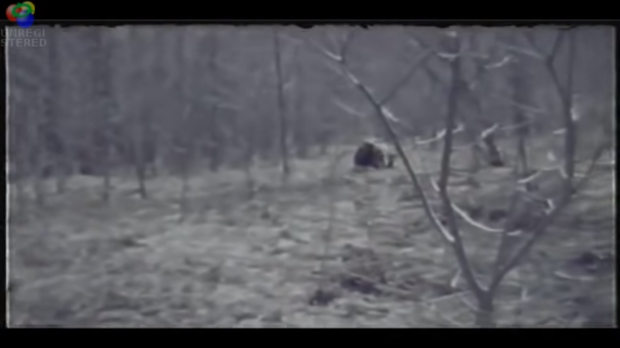 Now this is truly the most unusual “film” I’ve watched so far. This is technically not even a movie, but the video intrigued me enough to talk about it. And of course, it had to be about a monster. When I was young, there was a brief but violent phase where I wanted to grow up to be a cryptozoologist. You know, single-handedly proving these stories were true or false. A modern day Scooby Gang for one.

There were unusual stories like the sirrush of Babylon that made my imagination absolutely wild. And I guess to this day, I still love the idea of something horrible lurking out there. And there are still so many things in the world left for us to discover, who knows? The Beast of Bray Road might be real.

I have to admit, I’m pretty bad at my local folk lore. But the Beast of Bray Road is a pretty “southern” story as far as Wisconsin goes (although apparently also seen in Illinois and parts of Canada). Not really my neck of the woods. From what I’ve gathered from the grand ol’ Internet, the Beast is a large bear-like creature with dog features/big foot. Which, to me, is solid evidence that Wisconsinites have always been too drunk. But I suppose it was meant to be something a werewolf like creature.

In 2002, two films were “discovered” that were reportedly made in the 70’s. And, man, are these things strange. The first played out like a home video. Someone riding on a snowmobile in the middle of a woods, a bearded man chopping wood, long shots of the still woods, the world’s CUTEST dog. And for a video only 3 and a half minutes long, nothing really happens. But it pulls you in much like a Paranormal Activity movie would. There’s nothing happening, but it causes you to be on edge, searching.

For only about 20 seconds does something happen that’s remotely “beast” related. It’s like most found-footage movies where the camera is dropped (a la Blair Witch) after seeing something move towards it and nothing of the aftermath shown. The video is also silent, which I have no idea if that’s what the original was like or not, but it certainly was creepy.

The second video is shorter. Sort of a meta-film, I guess. It’s the aftermath of whatever happened in the first part. There’s a policeman and a half-eaten body. After showing the evidence, the camera pans away to look at the camera playing the film before shutting it off.

These two bits of footage were actually filmed by a man named Mike Agrusa. Since it was filmed with a vintage camera, it’s actually pretty fun to watch and sort of pretend like this was actually real. There is a movie called The Beast of Bray Road which I will watch once I find a real version of it (or someone donates a copy to me because I am NOT paying £22 for a DVD). I originally intended to watch that for this week, but I was pulled so much more by these strange little “home movies”.

Making a fake monster movie is nothing unusual. To this day the fake images of Big Foot and Nessie in Loch Ness still perk people’s curiosities. I think many of us just love the idea of there being something out there, whether it be out in space or on our own home planet.